A newly awarded grant aims to better understand metastasis in osteosarcoma by studying the impact of extracellular vesicles (EVs) produced by the tumour. 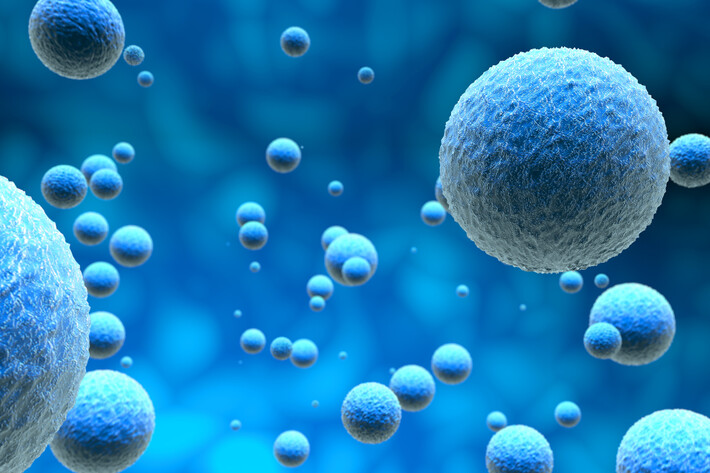 The Bone Cancer Research Trust have awarded research funding to Dr Karan M. Shah and Professor Alison Gartland, The University of Sheffield, for a project which aims to better understand metastasis in osteosarcoma by studying the impact of extracellular vesicles produced by the tumour. Extracellular vesicles (EVs) can be thought of as small bubbles that cells make and release that contain proteins and other biological molecules. After they leave the cell of origin, EVs can travel to and deliver their contents to other tissues.

In osteosarcoma, researchers think that EVs might be responsible for the lung metastases often seen in patients. It is thought that EVs made by cancer cells travel to the lungs and make changes, preparing the site, which allows the following cancer cells to invade and form a metastasis.

As tumours grow, cancerous cells often struggle to get enough oxygen to continue growing like normal tissue, ultimately ending in a low oxygen (hypoxic) environment. The aim of this project is to study the effect hypoxia has on the formation of EVs and if this influences their contents. The researchers will use in vitro models, cells cultured in a laboratory, to compare the EVs formed in both normal and hypoxic environments and see what impact this has on them. The team then aim to investigate their findings in an in vivo model of osteosarcoma.

In summary, the researchers aim to better understand the role of EVs in osteosarcoma metastasis to the lungs and the impact hypoxia has on this. This knowledge could provide the basis for developing new biomarkers for early metastasis which may also inform diagnosis and treatment of osteosarcoma patients.

To find out more about this new research project, click here.