Alice’s dad, Nick, shares his daughters story and why he thinks awareness of primary bone cancer is so important. 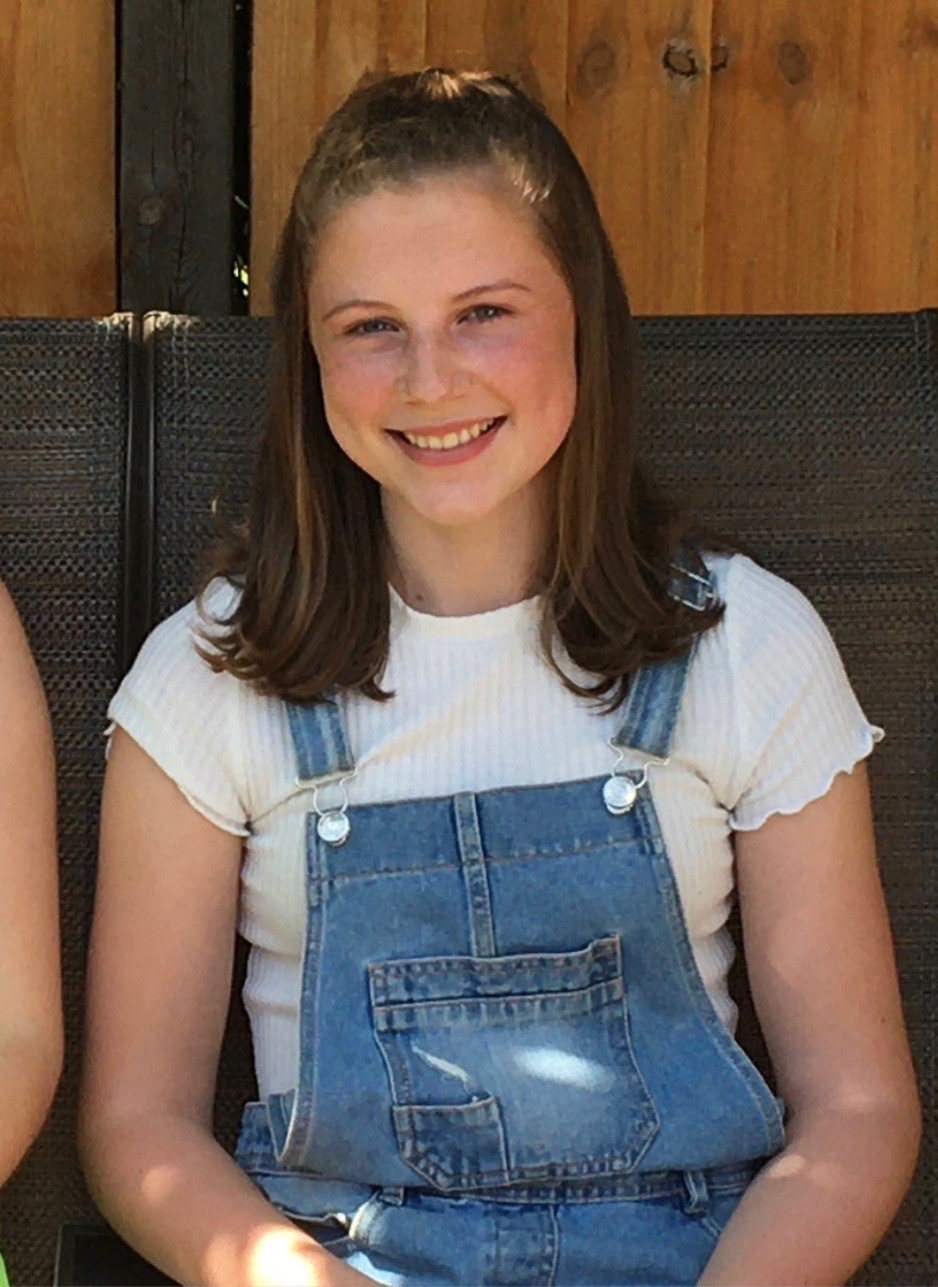 In February 2017 Alice was diagnosed with osteosarcoma, 5 months before her diagnosis she started having pain in her knee. Initially we thought it was growing pains but the pain didn’t go away so we took Alice to see our GP. The GP thought it was potentially growing pains or a trapped nerve, but the pain worsened, especially in the night. Alice also started having night sweats.

We decided to take Alice back to see our GP and she was referred to a consultant and had an X-ray of her back, but they didn't find anything of concern and they thought it was potentially a trapped nerve so referred her to a physiotherapist, but things were still not improving.

After several appointments, an MRI scan was carried out and that is how the tumour in her right leg was identified and diagnosed as osteosarcoma. 23 appointments and 6 months after Alice’s symptoms started.

Once diagnosed, take as much advice as you can from the medical experts, keep on top of understanding the medication and be forceful if you believe something to be wrong.

Alice underwent surgery to replace the affected femur and have it replaced with an endoprosthetic titanium alloy rod. Her treatment plan was over 29 weeks and included 18 sessions of Chemotherapy, which completed in October 2017. The weeks in between treatments were often spent in Peterborough City Hospital as Alice often had a high temperature or needed blood transfusions. Alice continued on immunotherapy (Mifamurtide) at Addenbrookes, until April 2018, and had 48 sessions in total.

Alice had difficulty adjusting to walking and had regular physiotherapy to help.

Alice had a lot of time off from her primary school as her pain worsened ahead of her diagnosis and was rarely well enough to attend in the build up to her diagnosis. After her diagnosis most of her time was spent in either Addenbrooke's or Peterborough Hospitals.

Despite all of the pain she suffered and the time she missed from school Alice still managed to take and pass her 11+ exams and grade 4 ballet and modern exams, even with what we later discovered was a crack in her femur caused by the tumour.

Alice started at Kesteven and Grantham Girls' School (Margaret Thatchers old school) at the beginning of January 2018 on a phased return. Her immunotherapy treatment knocked her back a bit and she had to take a bit of time off school to recover. The school were wonderful in helping Alice return on a phased basis. 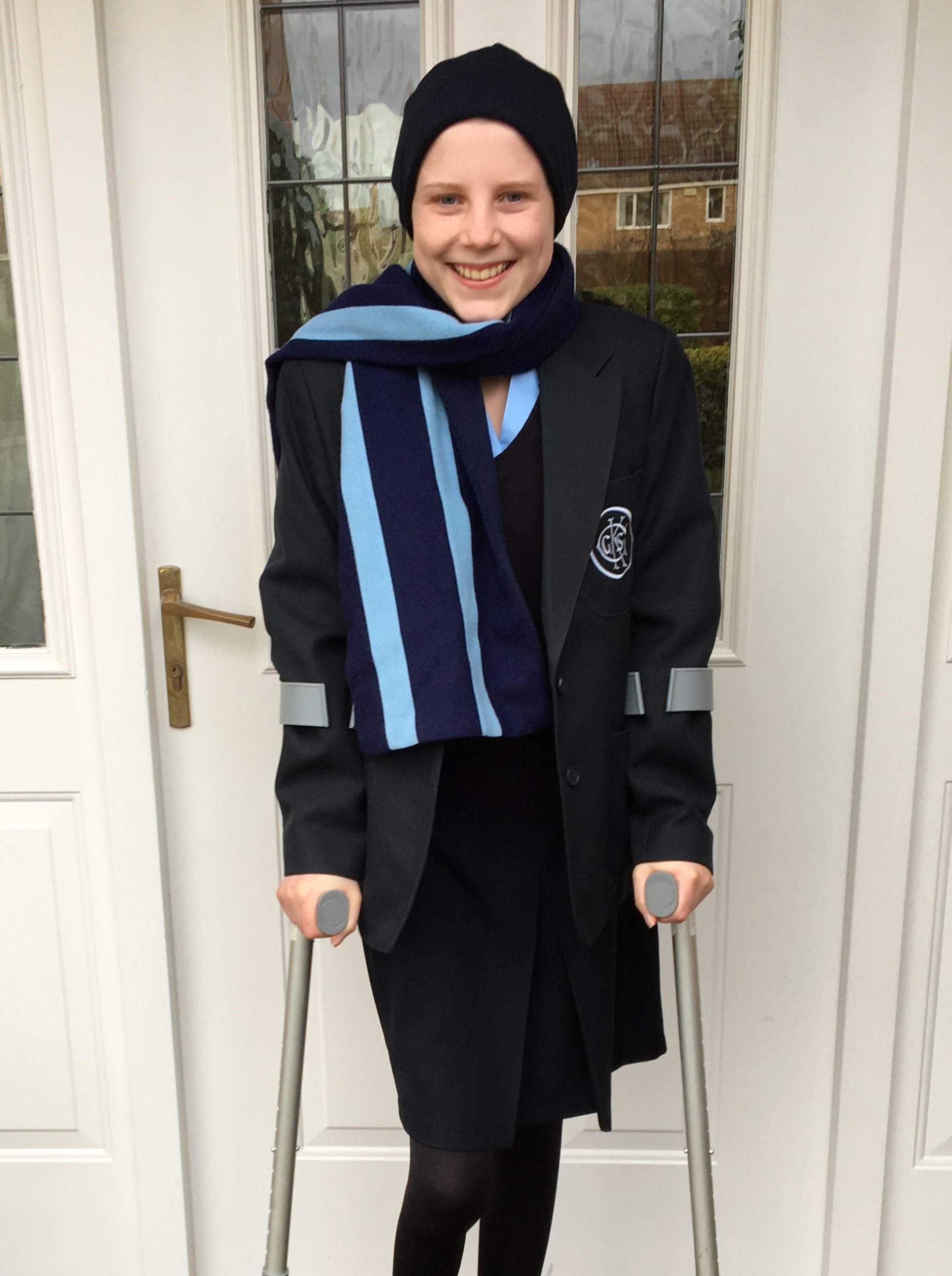 Alice’s major passions in life are music and dancing and she has a talent for both. She is grade 5 piano and also plays the flute and guitar; and has also attended the Grantham School of Dancing since the age of 3

During her long stays in hospital, Alice missed her dancing very much. The dance school has become a second family to her and she spent a lot of time watching dance video's on her iPad. The dance school kept in touch with her throughout and even held a Danceathon for her and bought her some lovely presents. Alice's guitar teacher also arranged a concert in Alice's honour and she had some wonderful gifts bought for her and the family including tickets to see the Royal Ballet perform The Nutcracker.

Although Alice won't be able to dance to the standard she achieved before having her diagnosis and operation to insert the endoprosthetic titanium alloy knee joint, the dance school have worked with her to ensure that she continues her dancing and adapt routines around what she can do. She may not be able to jump and twist in the future like she did before, but she is excited to see how far her dancing can take her with her new 'bionic' leg.

Early diagnosis is of paramount importance.

Alice initially started to complain about pain in her right leg in September 2016. Similarly to many other bone cancer sufferers, doctors thought it was growing pains and we were told to come back if the pain got any worse. As the undiagnosed tumour in her femur grew, the pain transferred along her sciatic nerve due to pressure from the tumour against it, and the focus from the doctors in subsequent visits was on her back.

In all we had 23 appointments with medical professionals, 2 x MRI scans on her back and 1 MRI on her hip before finally getting an MRI scan on her leg on February 14th, 2017 when the tumour was found. The 23 appointments that she had before diagnosis were with GP's, physio's, A&E doctors and even a consultant orthopaedic surgeon who specialises in hip and knee surgery. All of them missed where the 7cm-9cm tumour was and none of the medical staff along our pre-diagnosis journey suspected Alice's symptoms could be bone cancer - despite what we now know retrospectively as there being red flags pointing to this diagnosis. Night sweats, high temperatures, pain waking her up at night and the fact that she had constant pain in her leg despite not having had any injury. All of the markers were there and all of them were missed for nearly 6 months!

We believe that the Bone Cancer Awareness Initiative, which was recently launched by the Bone Cancer Research Trust and Children with Cancer UK is vitally important. Bone cancer in children is so rare but there are clear signs of its presence. It is not only GP's and A&E staff who need to be aware of the signs but also physiotherapists who are in many cases in contact with a child before diagnosis is made.

We were fortunate that Alice's tumour was localised, but the late diagnosis caused her untold pain, many missed school days and of course, added to the risk of the tumour spreading. 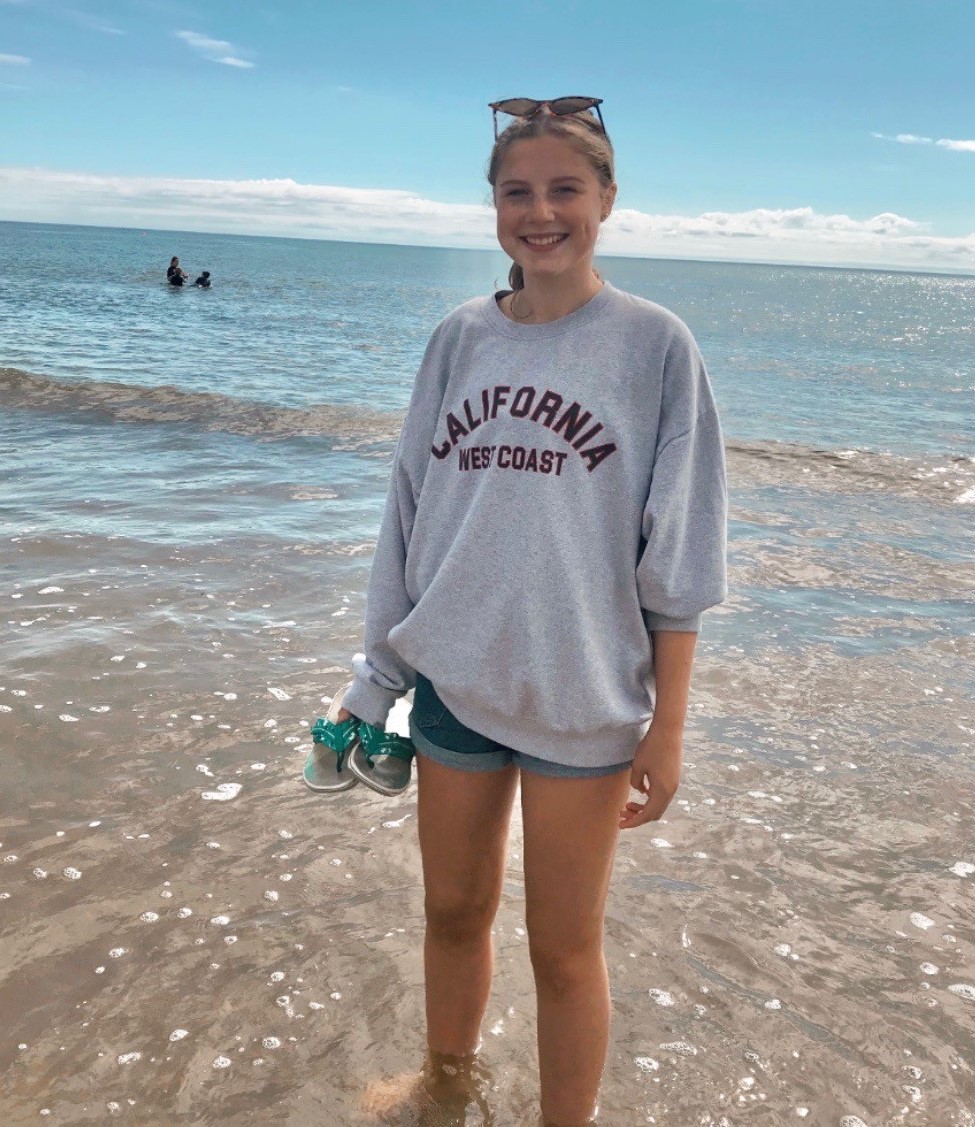