Emma Louise Cosgrove was diagnosed with osteosarcoma May 2010. June 24th 2017, Emma very sadly passed away, she was just 19 years old. Emma decided to write about her cancer journey and Emma’s mum, Cheryl has shared her daughter's own words with us. 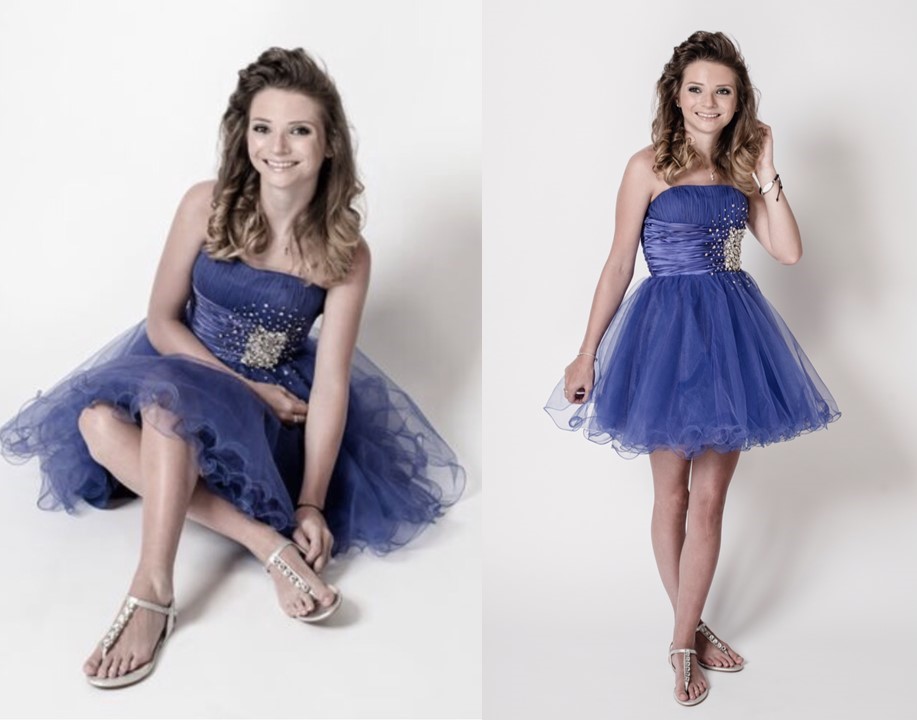 I was diagnosed with a primary malignant bone tumour just over seven years ago, I've had seven relapses meaning this is my eighth battle with six victories already under my belt. I was determined to fight again, stronger than ever this time but just eight weeks after I relapsed I was told I won't beat cancer for the eighth time because my cancer has progressed too far... but I'm not giving up.

Seven years of treatment is a lot and sometimes people ask me questions and the answer is hidden so deep in my brain fog/chemo brain that there's no way I'll be able to answer them correctly, so I decided to write about my "cancer story" for you all to know my story but also so I have a place to look back on when I can't remember certain treatment names, or dates.

On the 20th May 2010 I was diagnosed with osteosarcoma after months of pain, being pushed away by the GP and the hospital, refusing to x-ray my leg, firstly putting it down to a pulled muscle and a list of other things before they finally put it down to me being a pre-teen that didn't want to do sports at school.

One day my mum reached a point where she'd had enough of persistently being pushed away by doctors when she witnessed the struggle that I went through daily, the crying in pain, limping etc so she took me back to the doctors where luckily that day there was a new doctor at our local practise who did his job correctly. His actions ultimately saved my life because without that vital diagnosis my cancer could've progressed, spread to other areas of my body and scarily if I'd have continued walking on my leg, it would've just snapped.

In June 2010, I started with a first line chemotherapy regime known as MAP (Methotrexate, Doxorubicin, Cisplatin) and on the 6th September 2010 I underwent limb salvage surgery at the Royal Orthopaedic Hospital in Birmingham to save my leg. For those who haven't had surgery before, there tends to be an anaesthetist who you see before surgery to sign a consent form, and a surgeon who comes to explain the procedure you're having and the possible things that could... I guess, go wrong? 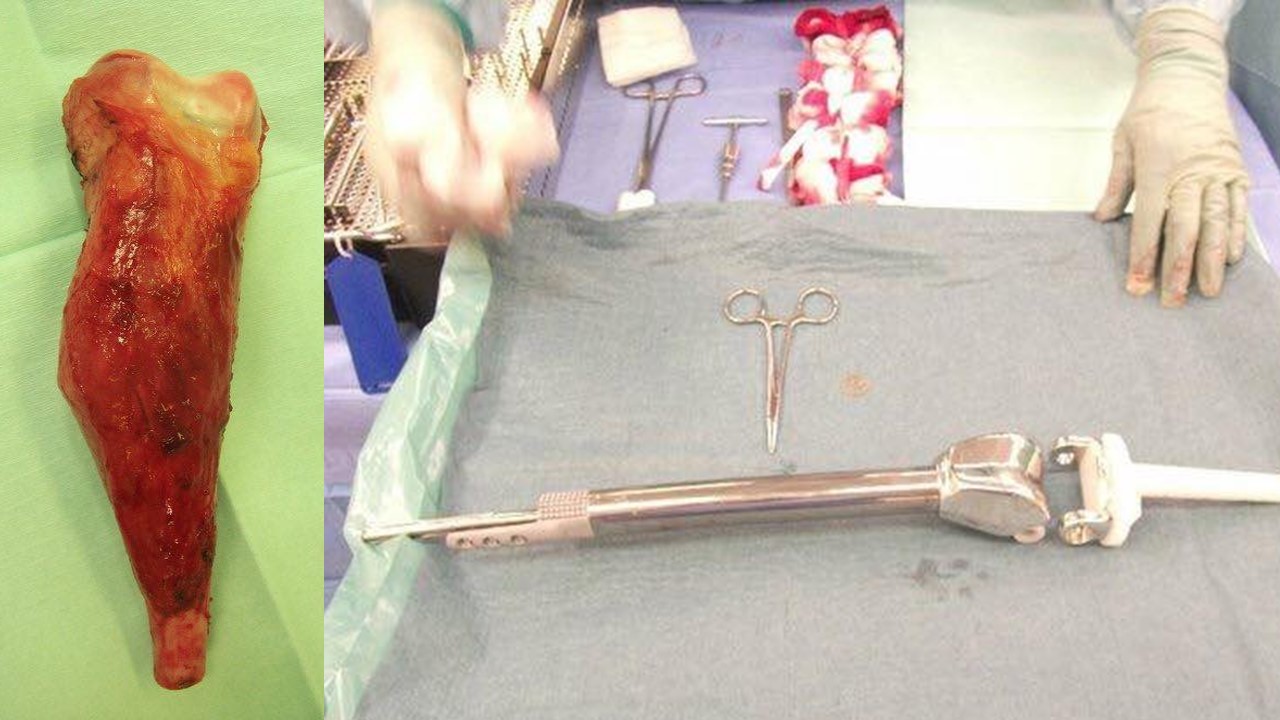 At twelve years old I was told that there would be a 50% chance of me waking up with my leg amputated which was a terrifying thing to be told, I remember the first thing I asked my mum after waking up from surgery whilst in recovery was, 'have I still got my leg?'

Whilst recovering from surgery and undergoing intensive physiotherapy, I continued with the MAP regime for a further five months until February 2011.

In October 2011, I had a pulmonary metastatic relapse (secondary tumours in my lungs) and had another chemotherapy regime of Ifosfamide and Etoposide which was classed as second line (second best) before having surgery which consisted of thoracotomy and resection of both my left and right lung... I had my first surgery in December 2011 and my second four weeks later in January 2012.

September 2012, I relapsed for a second time, this time the tumour was in my left lower femur (which I was told was one in a million, and that I was just being silly - before they took a biopsy which revealed that it was in fact another osteosarcoma tumour). I had another limb salvage surgery at the Royal Orthopaedic Hospital in Birmingham in February 2013 after a six month long battle with my mental health. I was twelve/thirteen years old and suffered with depression and anxiety. I'd had all of these previous operations and chemotherapies that didn't work,

I was heavily bullied for being different, I had little to no friends, amongst a huge list of other things that looking back today seem so simply solved, but affected my life majorly at the time... to the point where I didn't want surgery because I wanted to die. I don't know what switched in my mind but I had the operation telling my mum, 'next time, I'm not having any treatment so don't even ask!'

From February 2013 to February 2014 I was cancer free for a whole year, this was the longest I had been cancer free since my first diagnosis in 2010 and it was an amazing feeling, I found myself pinching myself constantly because it felt like a dream… I got back to revising for my GCSE’s and looking into courses for my college application, only to relapse just a few weeks later. 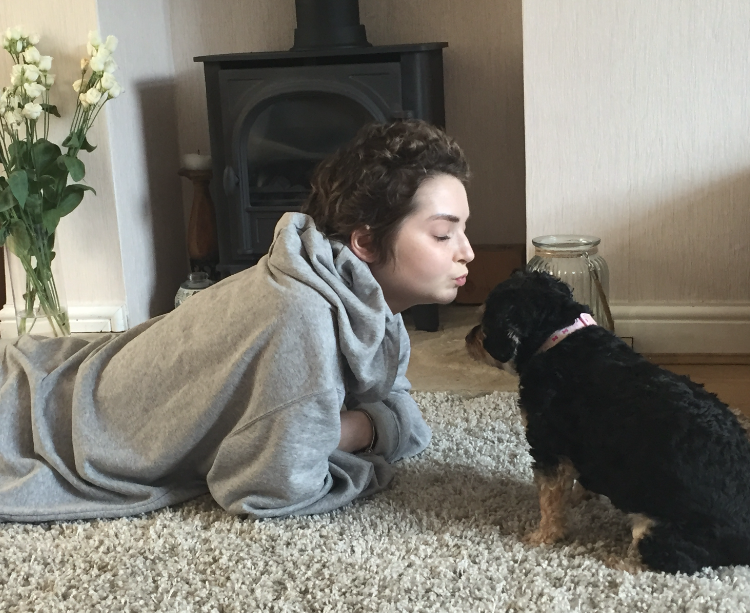 February 2014, I relapsed for the third time with further recurrence in my left upper lobe lung and my anterior 5th rib, this was treated with just surgery of thoracotomy metastasectomy of my lung and excision of my rib as my consultant had decided that the chemotherapy was making me ill and not having much of an effect on my tumours.

April 2014, I relapsed for the fourth time again in my lung and 4th and 5th rib which was treated with the same surgeries that I'd previously had.

December 2014, I relapsed for the fifth time with tumours both in my lung and ribs, I had further surgery to my 4th and 5th rib and we discovered that as well as tumour my ribs had re-grown, or at least tried their best!

January 2015, was my sixth relapse, I had a surgery known as thoracotomy metastasectomy which is to remove the tumours, they call it a metastasectomy because the tumours are classed as secondary so the secondary tumours metastasised which means that they spread to other parts of my body from the original diagnosis site. (I think this makes sense) 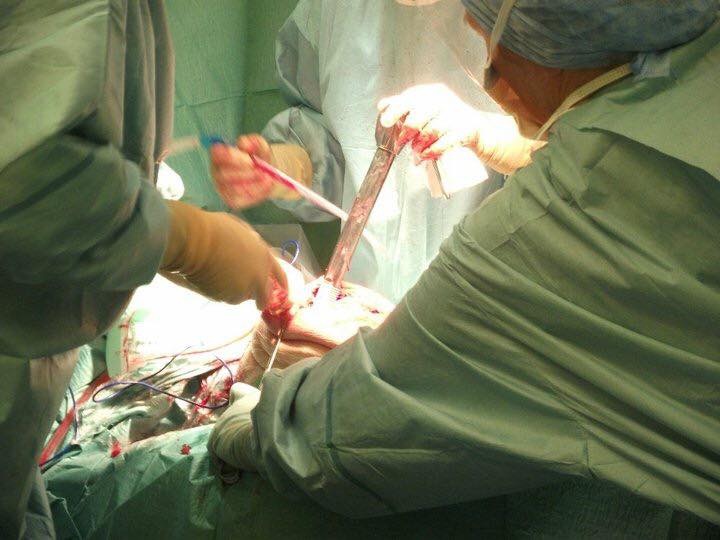 December 2015, I relapsed for a seventh time and as well as being referred to The Christie from the Royal Manchester Children's Hospital, both my old and new consultant decided to try a third line chemotherapy regime with chemotherapies called Gemcitabine and Docetaxel, I had 5 cycles before a scan in January 2016 which showed mixed response and significant respiratory decompensation and disease progression (cancer growing) which stopped all treatment I was on.

January 2016, I was told the news that nobody wants to hear, especially not at seventeen years old... that I was terminally ill and any treatments I'd receive would be to try and prolong my life but not cure me. I tried to act strong in front of my family and friends but I was totally distraught, some nights I still am. I don't think I'll ever come to terms with being terminally ill.

Part of me truly believes that I will get better, part of me thinks "well I've heard stories of people given months to live and they're still here twenty odd years later" and part of me is terrified that everyday I could be waking up for the last time... but I was given six months to live in January 2016 and I'm still here today, I'm never going to stop fighting.

What my consultant and other medical professionals originally thought was significant respiratory decompensation and disease progression, then thought it possibly was an adverse reaction to chemotherapy or intercurrent infection as we stopped my chemotherapy and during my check ups, each month my chest x-rays looked clearer.

July 2016, showed disease progression which was expected as I had seven months off treatment and so they reintroduced the third line chemotherapy of Gemcitabine and Docetaxel with stable results at the end of six cycles and so I had another three cycles which followed by disease progression in October and so my treatment was stopped once again. 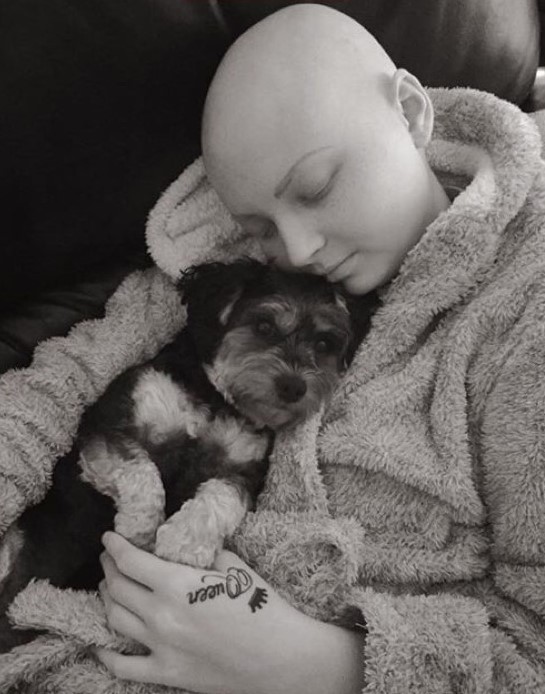 November 2016 to April 2017, a fourth line chemotherapy called Trabectedin was introduced and three cycles were given with a positive response, however another three cycles showed a mixed response in my lungs and so treatment was discontinued because of the negative effect it had on my tumours but also because of significant deterioration in my health with a lot of weight loss.

May 2017, I built up my strength enough for my consultant to put me on a new medication, I'm now on a chemotherapy called Etoposide which I started on the 18th. I take one tablet everyday for two weeks and then I get a weeks break, today I'm three days into my week off before it starts all over again and I haven't noticed any significant side effects, the odd bout of feeling nauseous, generally unwell and my hair is slowly beginning to fall out but nothing other than that

The last chemo was life prolonging but sadly didn’t work. Emma’s heart stopped beating at 7.20pm, 24th June 2017 and somehow mine carried on. 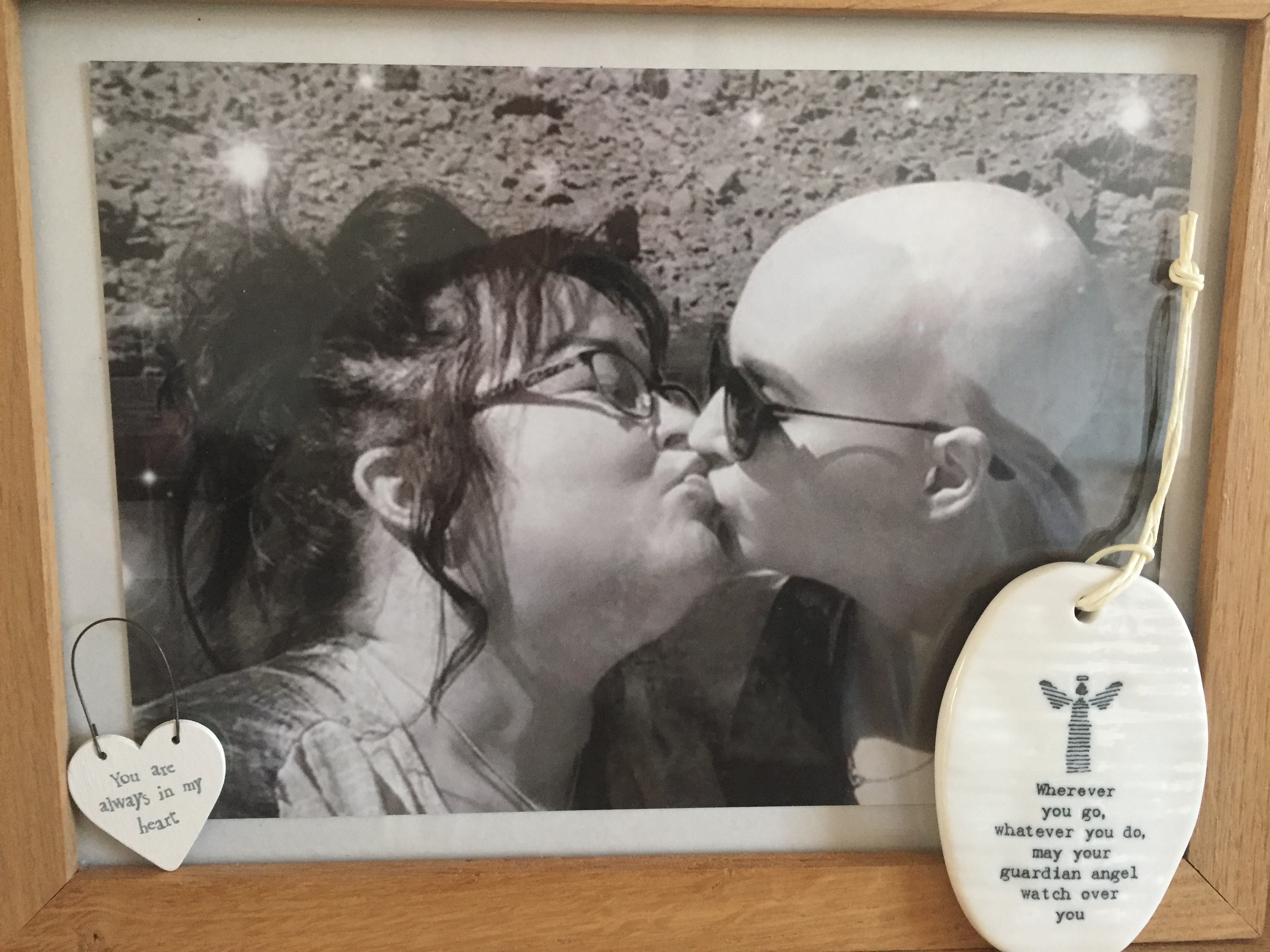 Cheryl's advice to others is…

Always trust your instinct. Always listen to your inner voice demand better treatment, demand scans, X-rays and blood tests. Never be doubted, never walk away feeling unsure with a decision thats been talked about… You know your child better than any medical profession…You have a right to be heard. 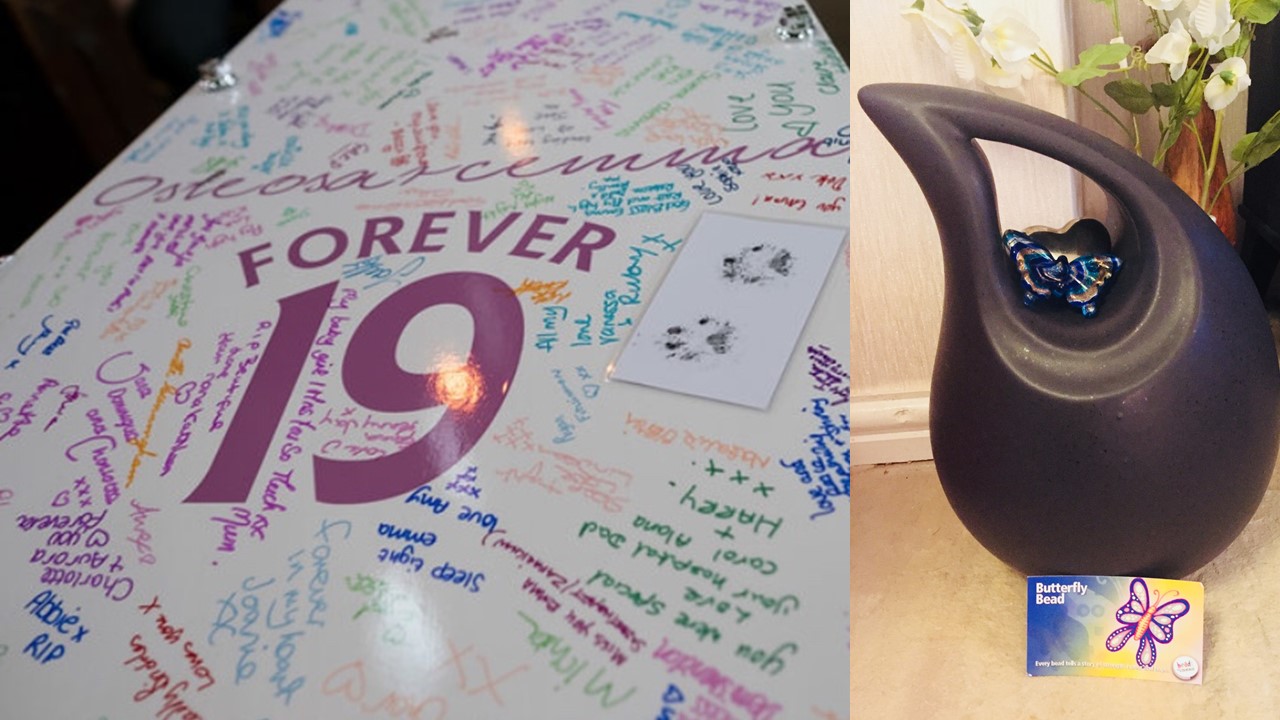