June 2006, Laurence Whiteley MBE was diagnosed with osteosarcoma when he was just 14 years old. 14 years later, Laurence will be going for his second gold medal at the Paralympic Games in Tokyo.

In his own words, Laurence shares his story with us and what it’s like to be part of Team GB.

I first noticed symptoms during a PE lesson at school, it was like pins and needles around my knee. It progressed for about a week or two and running became more and more difficult, even walking began to be a problem. I visited my GP, but it was put down to growing pains and I was told to keep off it, to rest and that it would go away in time, which is difficult when you’re a 14-year-old lad, trying to stop me at that age was borderline impossible.

I persevered, but it was getting worse. Then a lump appeared just below my right knee, along with night sweats from the pain it was causing me, so again we went back to the GP, and I was told ‘We’ll keep an eye on it.’

One night I accidentally banged my leg just below my right knee, I was in absolute agony and floods of tears. It was one of the most painful things to this day that I can still recall. That was the tipping point for my parents, and they took me back to my GP again. 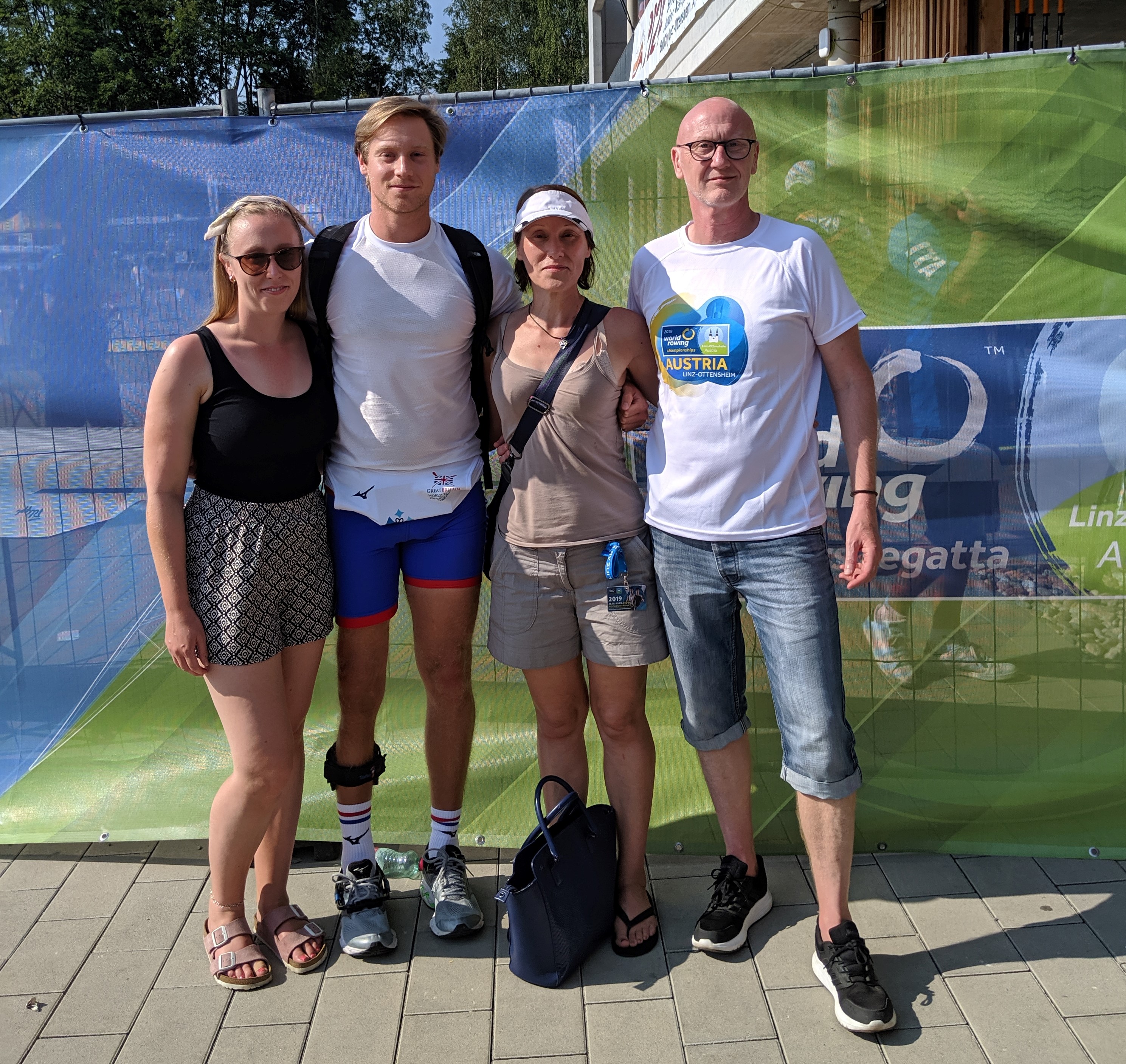 Everything moved quickly then, I had an X-ray on the Thursday and then on the following Monday, we got an unexpected knock at the door. It was the GP, he sat down and said, “We think it’s bone cancer.”

Looking back, one of the saving graces of going through something at that age was not fully understanding the severity of what I was going through, or the news I had just been told. It’s not until I’ve got older that I’ve released the scale of what actually transpired and looking at the knock-on effect it had on my family.

I can remember going back to my room sitting down on the floor and just continuing doing whatever I was doing beforehand. My parents came in to see if I was okay, whether I was in complete shock or just not knowing what that meant, I don’t know.

On the Wednesday of the same week, I had a biopsy, and on the Friday, we had the results back which confirmed it was osteosarcoma, bone cancer. I started treatment the following week.

My symptoms started 4-5 months before my diagnosis. In my case I was lucky. I know a few individuals that would probably still be around if their diagnosis had been sooner.

My treatment was at the Royal Victoria Infirmary in Newcastle. I had chemotherapy and extensive limb salvage surgery to remove the tumour on September 6th, 2006. 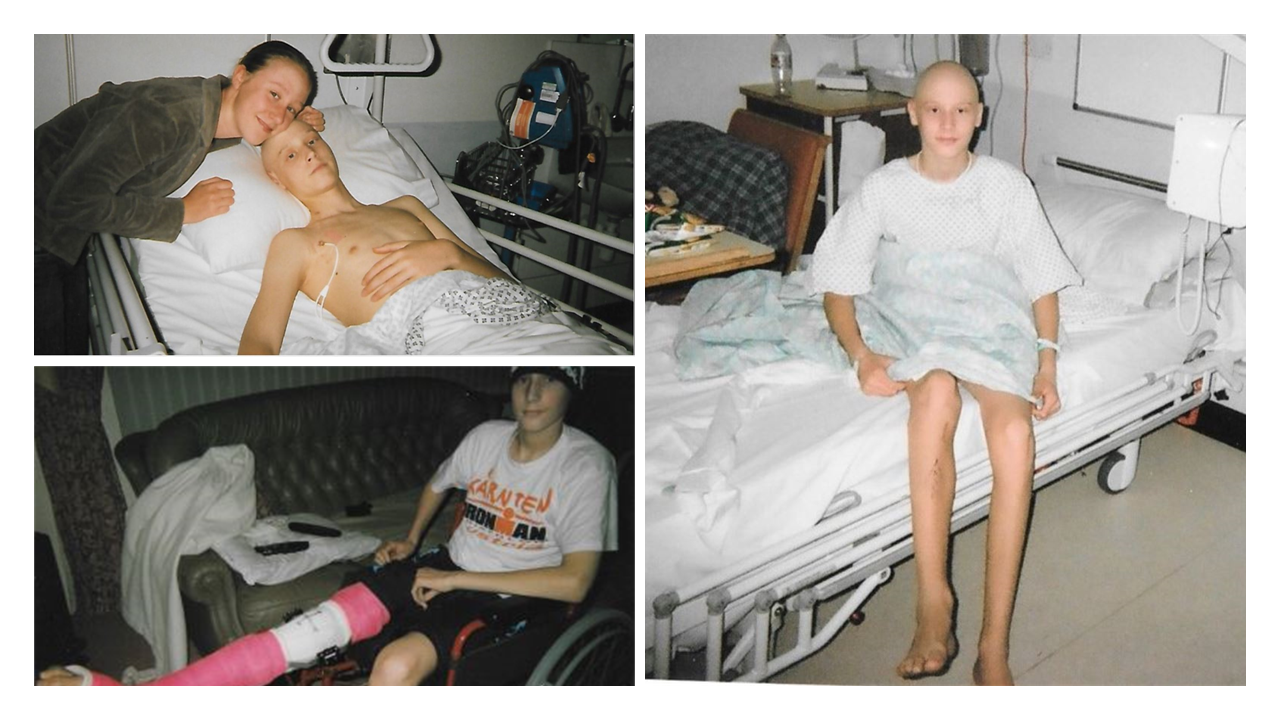 Treatment does hit you hard. One thing I remember, which nobody tells you at the time is just how cold it is going into you, as its slowly starting to be pumped into you, it numbs your chest, it’s one of the things looking back that absolutely haunts me.

I will never forget that when I was diagnosed, there was no one sharing their positive stories or similar circumstances. There were no stories about patients who had come through the other side, not necessarily gone on to sporting success but just gone on to live.

I share my story and I visit the hospital where I was treated, because I want patients and their families to know there are survivors and you can go on to make the most incredible memories, whether that’s winning a gold medal or taking your first steps after surgery, that’s still a win and was for me.

I remember at one point going back to school when I still had a bit of hair to visit my old friends, we all found it hilarious watching me pull out clumps of hair and waiting for the breeze to take it, which now looking back is absolutely horrible but at the time we were thinking it was one of the funniest things in the world.

I’ve always loved swimming and took part in competitions prior to my diagnosis. When I was able to get back into the pool, it was my first exposure to the world of disability sport.

There was a whole new world I didn’t even know existed. This lead on to me taking part in trials for the London Paralympics Games as a swimmer. Then one day I was in the gym with my dad when we got talking to a lady about my story, and she said “Teesside is your local rowing club, why don’t you come down and I’ll show you around and get you on a boat to see what you think.” I thought I would give it a try. Over time I started to do less and less swimming and more rowing, this led to an invitation for the trials at Team GB and that’s where my journey started as part of Team GB.

I was paired with Lauren and we have an unspoken communication, which makes us so successful as a team. I know what she’s doing almost before she’s doing it, we have that synergy. After rowing together for just a year, we went on to win the gold medal at the 2016 Paralympics. 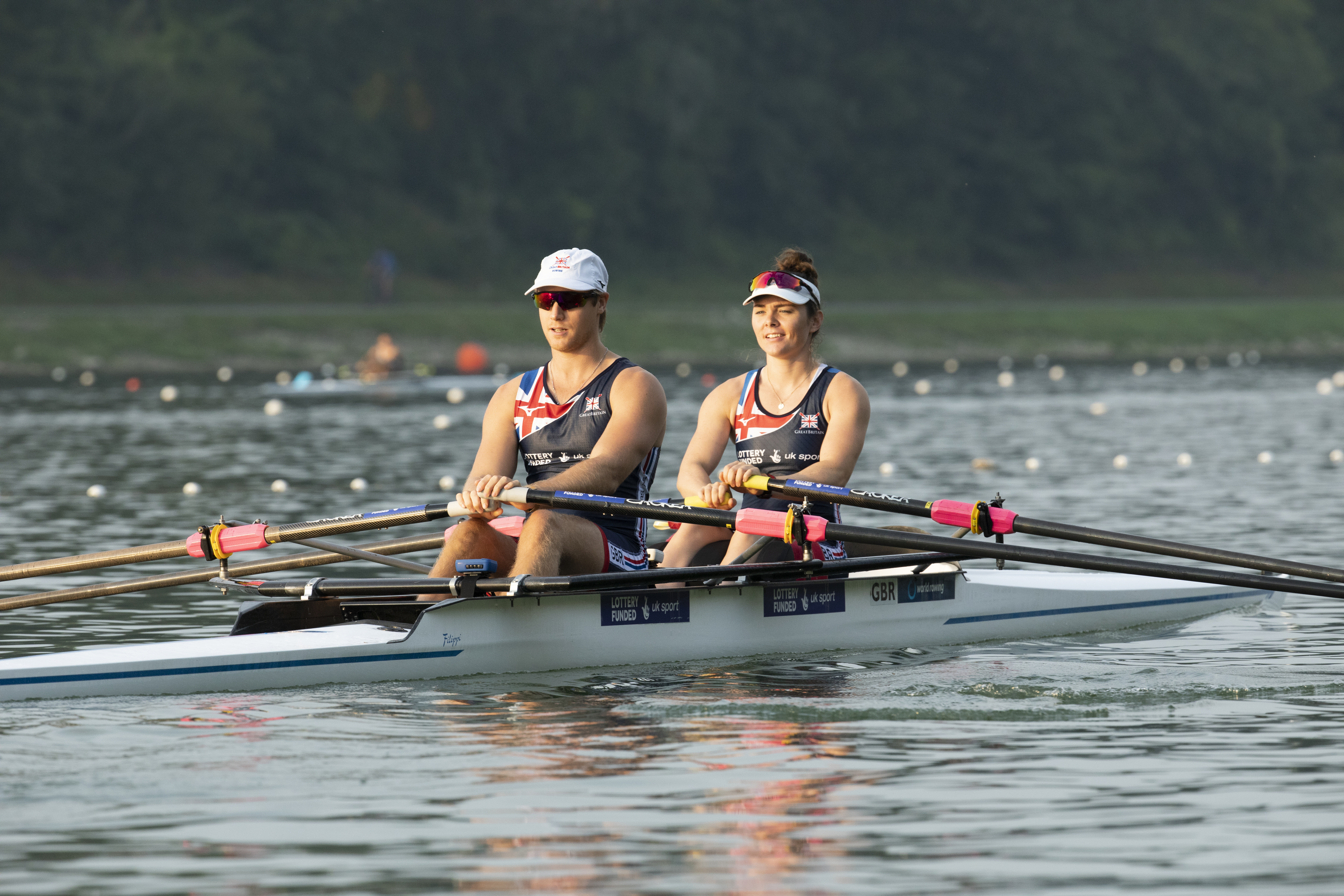 I was awarded an MBE in 2017 and became an Ambassador for the Bone Cancer Research Trust and in 2019 we won gold at the World Championships.

We’ll be going to Tokyo as Paralympic gold medalist and current World Champions, so we are very driven to win again. This will be the first games with a new distance of 2000 meters, and we want to go and show how strong we can be. As a whole team we want to do phenomenally well.

My advice to others who are wanting to get back into sport or take on a new sport is there’s an element of matching your disability to the sport, because of my disability, rowing was best suited to me. Do your research and look at what sport can accommodate you best, even if it’s not for competition, just to get back into being healthy and active.