In April 2005, Sophie Hartley from Bristol was diagnosed with Ewing sarcoma when she was just eight years old. Sophie now aged 24 has kindly shared her story with us. 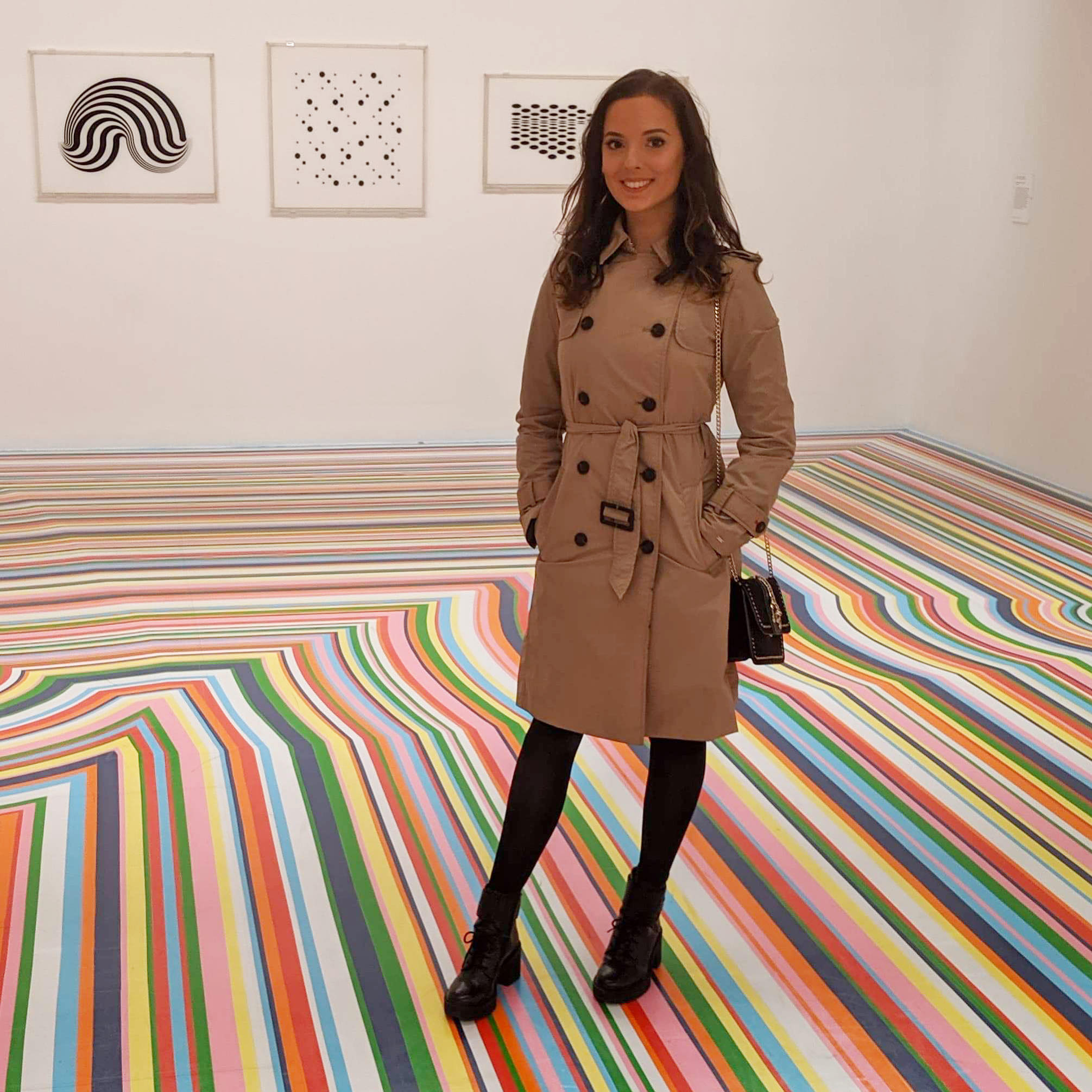 My symptoms started with intermittent leg pain centered around my knee. This pain would be intense for a 2-3 day period every month or so, with no symptoms in between these episodes. The pain would also come with swelling and be hot-to-the-touch.

The first time the pain was bad enough to prompt seeing a medical professional was on New Year's Eve 2004. I was at the cinema watching the Polar Express and crying in pain. It was so bad that we had to leave mid-way through the film and go to a walk-in clinic. Ironically, I couldn't walk due to the pain and my dad had to carry me in. We waited a long time to be seen, and when examined by someone there (I think a nurse) my parents were told that there was nothing wrong.

My mother then took me to see a GP on four separate occasions between January and March 2005, each of the first three appointments resulted in a diagnosis of 'growing pains'.

Upon the fourth visit, we saw a locum whom my mum persuaded to refer me for an X-ray at my local hospital (Wexham Park) as these pains simply weren't going away.

It was this X-ray where they saw the 'smudge' that was my tumour. The radiographers referred me to have an MRI, where the tumour would become clearer. This MRI then led to a biopsy at Nuffield Orthopaedic Centre in Oxford. It was the same day of this surgical biopsy that I was diagnosed - April 21st 2005. My parents were given the options of telling me themselves, or letting the surgeon tell me. My mum wanted to be the one to break the news.

When she did, my immediate response was 'Am I going to die?' which I can only imagine was an earth-shattering experience for everyone in that room. 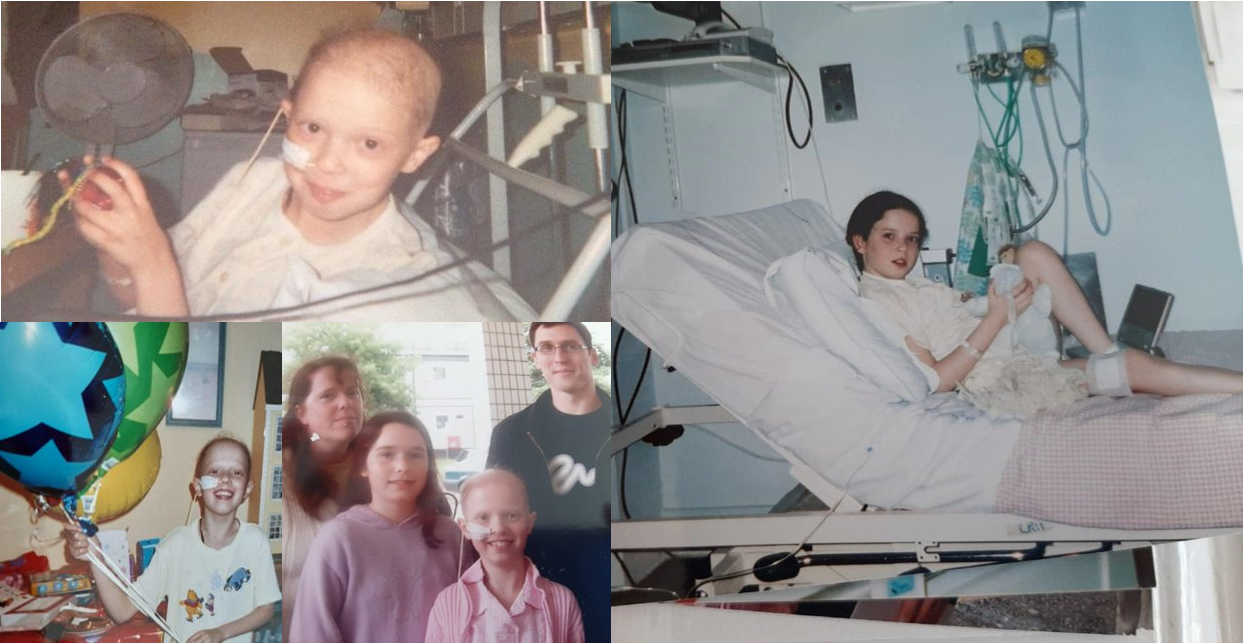 The knee replacement caused necessary subsequent orthopaedic care totalling 10 years and around 13 surgeries. I was given the all clear in Spring 2006.

There were some positives, I met and made friends with other people who have been affected by cancer and I had an appreciation of life from a grateful perspective. But there’s also so many negative effects, mental health issues, body confidence issues as a teen, impact on mobility, chronic pain and a limp.

I find it hard to know how I have altered my life to cope with the condition as I can't remember a time when it wasn't part of it. Perhaps I am more focused on maintaining my mental and physical health than other people my age.

I had consistent cognitive behavioural therapy (CBT) when I was 16-18. This has helped me the most to understand my trauma, perspective, and behaviours - and gave me the strength to face them. My family and boyfriend have also helped me a lot.

My message to others is to absorb their diagnosis into their identity, in whichever way that feels right for them. 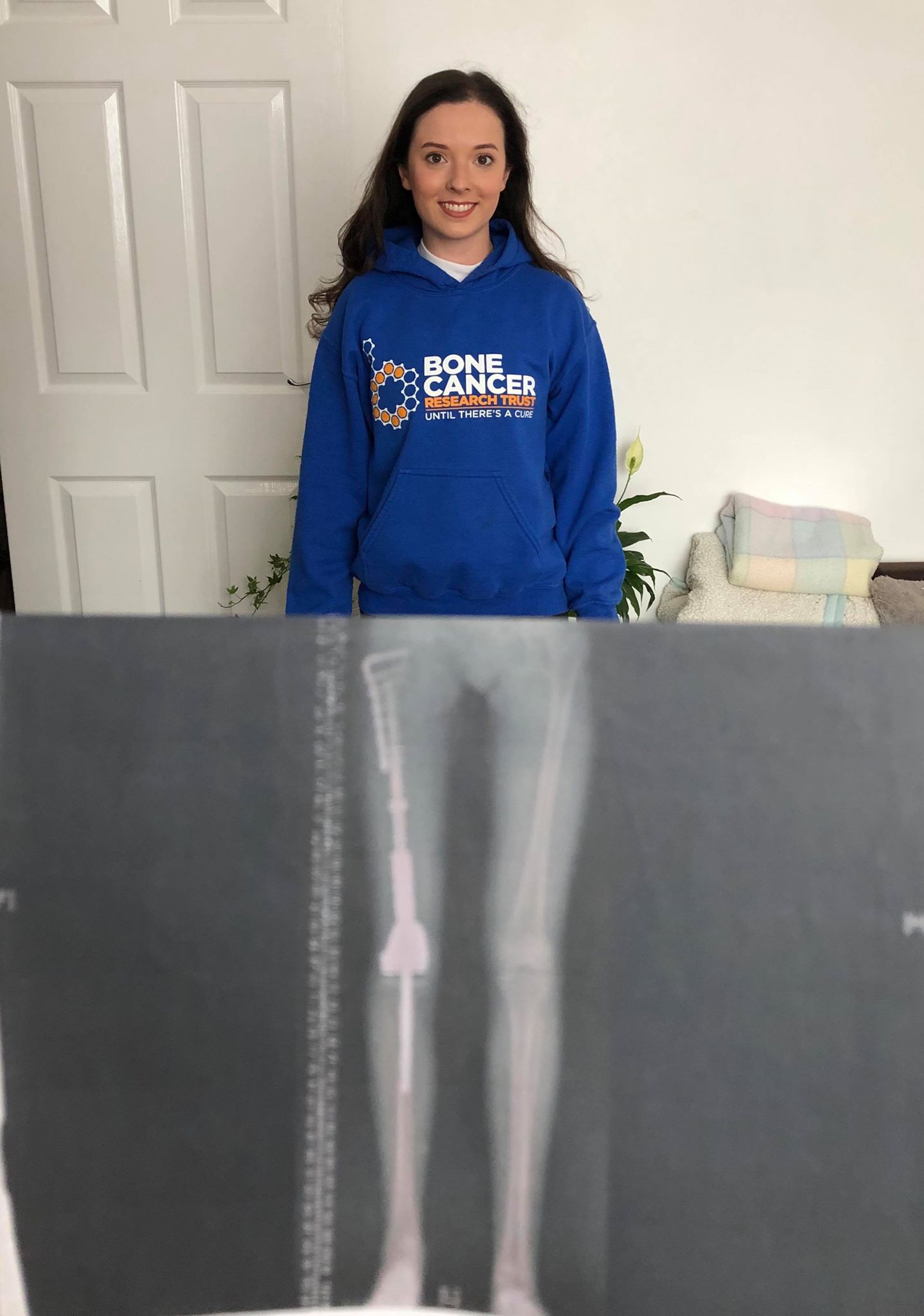 I think the more awareness we can raise about early diagnosis, the better the treatment outcomes will be. Just by talking about it can help your whole network, which reaches so many more people than you might think. Someone will remember your conversation about symptoms and think of these if they, or someone in their family, experience them. Just one mention of this at a GP visit could make such a difference.

Sophie has continued to share her story to inspire others, below are some new pieces that have featured her and her incredible story; 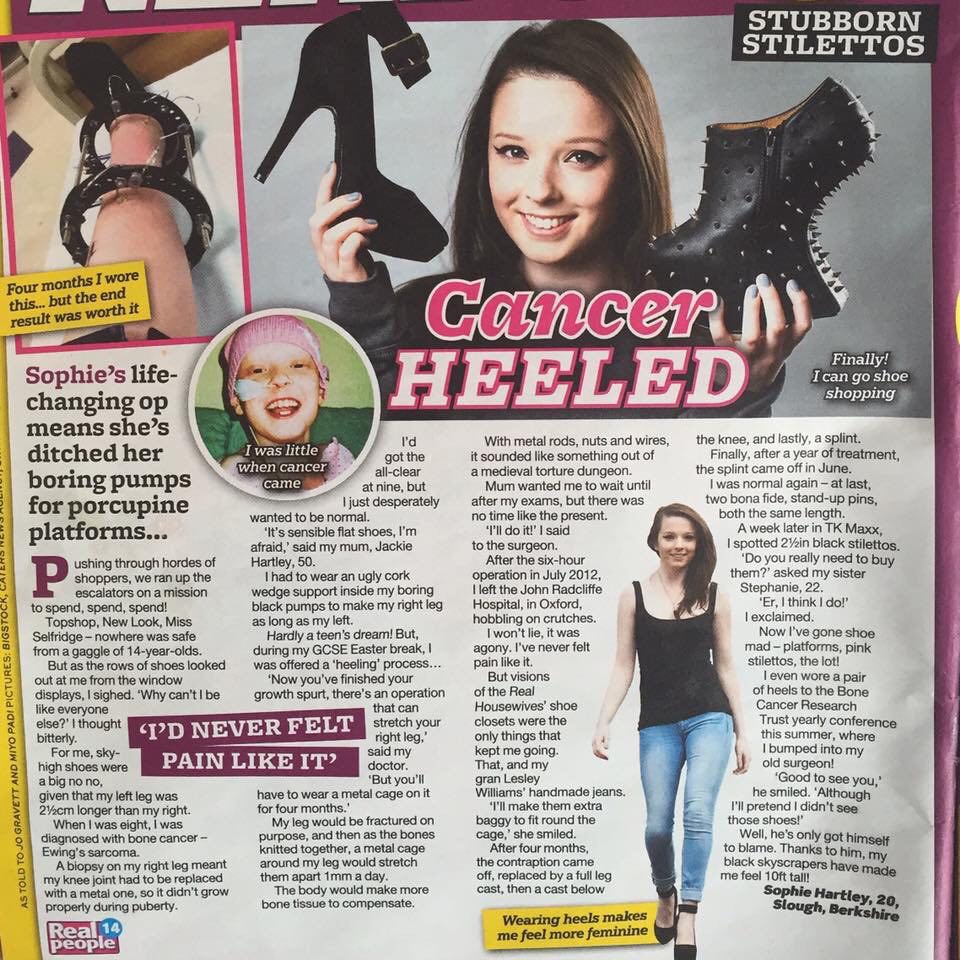 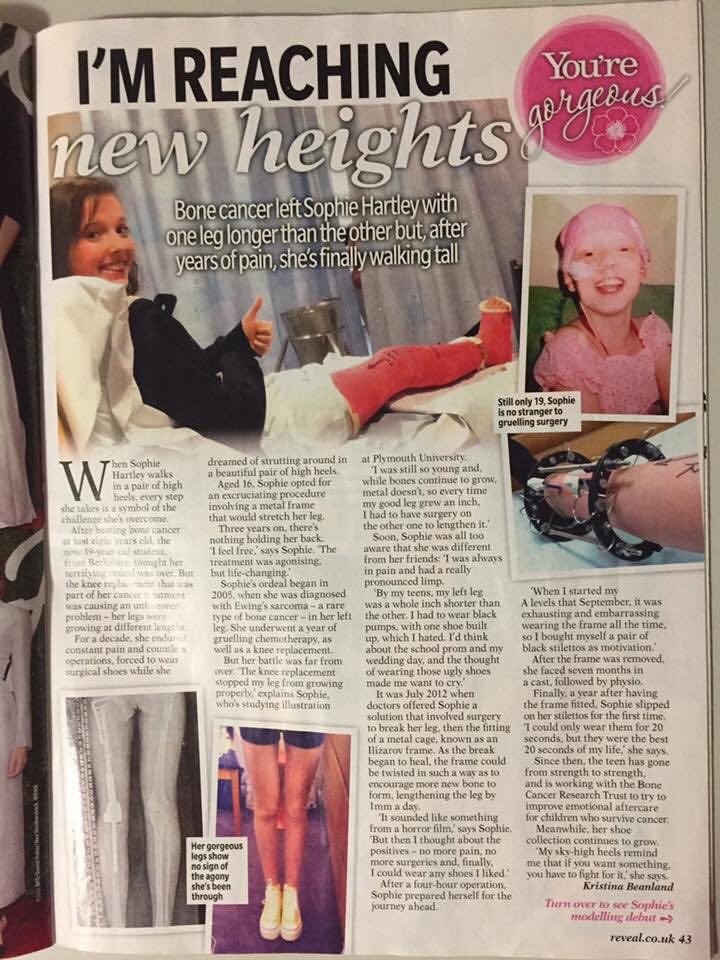 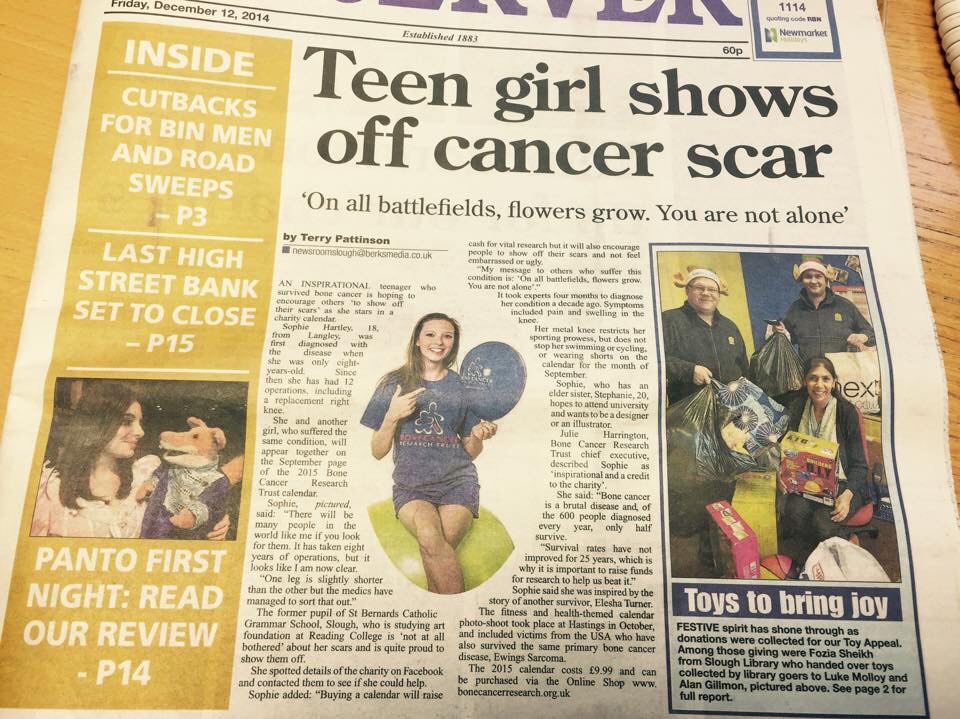